When a Secret Kills 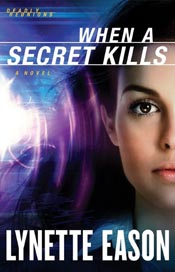 When a Secret Kills
by Lynette Eason

After her high school graduation, Jillian Carter left town, her boyfriend, family, and friends without telling anyone where or why she’d gone. After witnessing the governor being murdered, she escaped and went into hiding to protect herself. But ten years later, Jillian isn’t the same, scared girl. An investigative reporter, she’s learned to seek the truth, and she’s trained in self-defense.

Jillian returns to Columbia, South Carolina, to right a wrong and get part of her life back. Her best friend from high school, now a medical examiner, arranges protection for Jillian as soon as she arrives in town. Not only is the man sent to pick her up at the airport a police officer, he’s Colton Brady, the high school sweetheart she left behind, and the man she still loves.

The killer doesn’t want Jillian around, and as soon as she steps off the plane, her life and the lives around her are placed in danger. No matter where the police hide Jillian, assassins find her. She remains determined to expose the killer, but that’s not the only thing weighing heavy on her heart and mind. She believes the man who killed the governor is Senator Frank Hoffman, Colton’s beloved uncle. Jillian has been keeping another secret—her daughter Meg, who is temporarily staying with friends. Colton doesn’t know he’s Meg’s father—or that she even exists.

Prologues can be difficult to write because they should enhance the story while not giving too much away. The prologue in When a Secret Kills does a good job of setting up the story.

The first line or paragraph on the first page is critical in grabbing attention and drawing readers in. The following are the first lines in this novel:

Would he try to kill her today?

Jillian is smart, heroic, and strong (trained in self-defense and carries a gun). But she’s also vulnerable when it comes to love. Colton is handsome, skilled in law enforcement, protective, loyal, and he also has a soft heart. But my favorite character in the story may be nine-year-old Meg, Jillian’s daughter. She’s smart and funny—and the kind of child I love to hang out with.

This story kept me turning the pages. Fast paced, never slows down. The heroine faces one challenge after another, whether it concerns guarding her heart—or her life.

Both the hero and heroine deal with external and internal conflicts, and that makes for a good story.

There are a few surprises (at least for this reader), which are fun—but also important in romantic suspense. 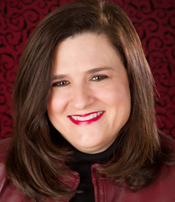 Lynette Eason is the bestselling author of several romantic suspense novels, including When the Smoke Clears, When a Heart Stops, and the Women of Justice series. She is a member of American Christian Fiction Writers and Romance Writers of America. She has a master’s degree in education from Converse College and she lives in South Carolina. Find out more at www.lynetteeason.com.

You may find When a Secret Kills through the direct links for the following online sites: